No Job And No Marriage After Three Decades

When the family law judge that conducted the procedure of our divorce determined the final manner of slitting our property, it became obvious that we will have to sell our family house, split the money and rent or purchase smaller apartments for both of us. At the same time, I had a strong urge to move to some other town or at least to the other side of our town and start a new life in a completely new environment. Either way, this meant another big change: I was about to quit my regular job I had for over fifteen years.

I have to admit that few days after these decisions and changes became facts and reality were one of those episodes during my divorce when I got slightly scared. I was supposed to leave the house where I spent decades of my life and move into the completely new area, to lose a big share of my current property and at the top of it all – to quit the job and handle my finances in the period between quitting this and finding a new one. Things seemed way too risky at that point, and I truly thought for a while that the whole plan would fail and turn into one huge mutual defeat.

Useful advice from my lawyer

However, my family law and financial lawyer ensured me that all I was going through was a common thing in his practice and that he has seen many women make it successfully after a while. He gave me several useful pieces of advice on handling searching for a new job and dealing with administration.

And then, there were several the strangest days in my life so far. After decades of steady routine, I suddenly woke up with no husband next to me and no office to go to.

That was a sharp cut towards a new chapter. With mixed feelings including fear, worried mind, even panic attacks switching into bursts of enthusiasm and excitement I’ve managed to organize my life during those days and direct it towards new aspects. The process of looking for a new job, finally finding it, applying under my maiden name and all the rest of the legal aspects that followed are the issues I felt belong to a new chapter of my life.

The 5 Stages of Divorce 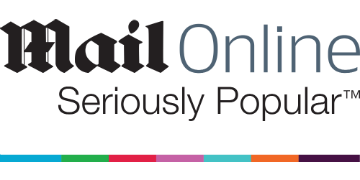